Sometime back, I woke up grumpy.  Hey, it happens to the best of us.  Lack of adequate sleep…a disagreement with a vendor …who knows?  But on a grumpy day, nothing seems to go your way. So there I was, mid-afternoon, looking at my calendar and realizing I had, not one, but TWO networking events to attend that evening.

Have you ever tried to network when you’re grumpy?   Let’s just say I was not exactly projecting my best “winner” energy.  🙂

But I’m a trooper.   All suited up and heading for the door, I suddenly received 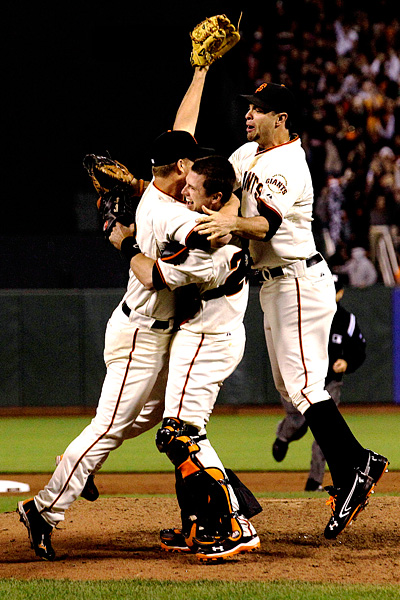 a call from my old high school friend, Mike.  It seems he had two free tickets that night to the San Francisco Giants game, out at AT&T Park.  Although I don’t get to the ballpark that often, I *love* going to baseball games!   But wait, hadn’t I committed myself to these two networking events?  Well, yes, I had.  On the other hand, I was certainly having a hard day.  Surely ONE networking event would be enough for this Grumpy Gus, right?   After a moment of internal equivocation, I wound up telling Mike, “Sure, fine, let’s do it.”   Sometimes you just have to be kind to yourself.

The 5pm mixer came and went painlessly enough–I even took home a business card with quite a bit of promise.  Then off I rushed to the Giants game to meet up with Mike.  Minutes later, safely ensconced in our upper level seats, I realized that I had dropped my hat, scarf and gloves and they were nowhere to be found. (It gets cold in San Francisco on summer evenings.)   Man, could this day be going any worse?!!

Well, for those of you who don’t read the sports page, let me tell you that something special happened that evening.  First, the notoriously light-hitting Giants scored 10 runs, an occurrence that must happen once every 3 years or so.  Meanwhile, our hometown pitcher, Matt Cain, was mowing down the opposition like they were ants on a picnic table:  strike outs, pop ups, grounds outs — with a sprinkling of spectacular defense backing him up.  By the ninth inning, the stadium was in a tizzy.  Could you believe it: Cain was pitching a perfect game!   As I looked around at the fans, variously covering their eyes, biting their knuckles or whooping their heads off, I realized that my mood had changed dramatically from my grumpy state a few hours earlier.  My heart was pounding. I was giddy. And when Cain at last put the finishing touches on his perfecto, I realized with rare clarity the sheer mutability of reality.

Life, it seems, operates in a continuous cycling pattern, proceeding from debilitating lows to delirious highs, and then heading right back down the track again, and so on.  The trick, I believe, is to enjoy the highs without getting too attached to the continuance of success, and to survive the lows without succumbing to the fiction that this bottom state will last forever.  One minute you’re at home, sure that the universe is out to get you; the next  you’re experiencing a once-in-a lifetime sports moment.  Everything that rises eventually crests, fades away and dies, only to be renewed and transformed in some other form.   And this is true on both a micro and a macro level.  It’s an amazing phenomena, and in the case of last Wednesday, absolutely perfect.