Are you a Wizard or a Muggle

I was rereading the first book in the Harry Potter series the other day and got to pondering:  What makes J.K. Rowling’s wizarding world so compelling?   I think it’s the fact that the author has created this whole secret universe, furtively co-existing alongside our own mundane, non-magic “Muggle” reality.   By joining Harry, Hermione and Ron on their adventures at Hogwarts, we become privy to a wondrous, clandestine world, concealed to most and revealed to only a privileged few.

This is the same feeling I get when I’m out on a treasure hunt. 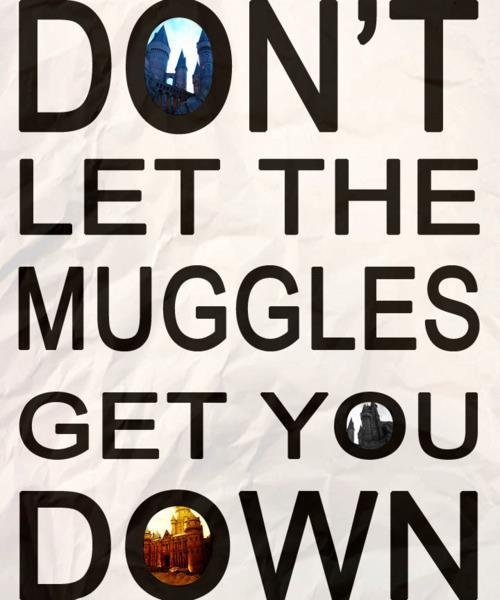 As I’m walking around town, sleuthing clues and visiting hidden locations (chosen for me by the mysterious hunt master), I think how cool it is be on this SECRET MISSION, with the whole “Muggle” world completely oblivious to my actions.  Geocaching and letterboxing work the same way.

It feels almost naughty, doesn’t it?   Are we really being allowed to do this?

Now consider the flushed, concentrated looks you see on the faces of high school girls on the bus, busily texting away to each other on their cell phones.  It’s the same phenomenon!  While the world goes by, doing its quotidian thing, here are these young people — communicating privately in plain sight —  sharing a secret, enhanced world full of intrigue, drama and emotion.

Now I ask you:  who would want to be a Muggle when you can be a Wizard, pursuing adventures and engaging in quests while the rest of humanity just trudges off to work?

So my question is, what can we all do to “power up” (as they say in the video game world)?  How can we create secret games and missions for ourselves that transform our ordinary reality?  In short, how can we tap into that wonderful feeling of being a man-or-woman of mystery, an international spy, a witch or a warlock amidst a “clueless,” hum-drum, oblivious society?

My recommendation:  start exercising some clandestine philanthropy!   Become a super hero of Samaritanism.   Your mission today:

Keep track of all your deeds and compete with your chosen “Wizard” posse to out-Samaritan each other.  Give higher points for more extravagant challenges and charitable missions.    Be creative!   And give prizes to the winner(s) at the end of the day/week/month.    You’ll be amazed how much fun and dramatic every day can become as you surprise and delight the Muggles all around you while out-wizarding your friends.