1) Teambuilding “scavenger hunts” and “treasure hunts” are two different animals.
A scavenger hunt involves the execution of a simple list. For example, in a scavenger hunt, you receive a list of objects to find, or pictures to take — all very straightforward. By contrast, a treasure hunt involves the solving of tricky clues that lead to specific mystery locations – like National Treasure, the Da Vinci Code or The Goonies. (This is what we specialize in at Dr. Clue).

2) Not all hunts must be in order.
In a classic sequential treasure hunt, clue one leads to clue 2, which leads to clue 3, and so on, all the way to a final location. By contrast, in a non-sequential hunt, you get all the clues up front. Each clue stands alone and is worth points. The team with the most points wins, solving the clues in whatever order they choose.

3) Smart Phone App treasure hunts miss the point.
There are a lot of smart phone app hunts out there, taking advantage of the current technology. They miss the mark, and here’s why. First, the screen is too small. Second, you can’t write on the screen. A great hunt clue presents a series of puzzles or codes, each at least the size of a sheet of paper. You need to be able write directly on the clue, decoding the puzzle with a pen or pencil! Smart phones are great for photos and videos (that’s how we use them) but they’re lousy for clue solving! There’s no replacing good old pen on paper!

4) Scavenger hunts and treasure hunts are more than just wordplay.
When I started writing hunts, I came up with clues like this: “Go to the bovine drink that’s missing an ‘eye’”. The bovine drink is milk, of course. If you take out the “I”, you get MLK, as in Martin Luther King Drive, a street in San Francisco. That’s wordplay, and it’s fun. But a great hunt can be so much more, incorporating word puzzles, picture puzzles, logic puzzles, code, trivia, etc. The whole kitchen sink, as it were.

5) Scavenger hunts don’t need to be competitive.
In recent years, there’s been a movement in the board game world towards “collaborative” or “co-op” games, for short. These are games where you all work together to beat the game (or the game master0. You can run scavenger hunts the same way, having multiple teams working together to solve as many clues as possible within the given time period. Try it!! It’s a different approach, and just as fun (without all the scarcity and teasing).

6) Scavenger hunts do not require prizes for the winners.
For my first couple of years of running Dr. Clue, I assumed that teams needed prizes. That is, until someone stepped up to me and said, “I wish you hadn’t awarded prizes to the top teams. It added an element of scarcity, as if the rest of us teams were ‘unsuccessful’”. This really hit home. Who needs taunting and teasing, when you have to work with these people back in the office! Since that time, I often forgo the prizes, simply acknowledging the highest score and then moving straight to the debrief. OR, I’ll award a gag gift to every team, acknowledging the most creative team, or the happiest, funniest, or grittiest. Often it’s best to keep it light!

7) You don’t have to be good at puzzles to contribute on a treasure hunt.
When God gave out brains, some people turned out to be good puzzle solvers, and others – not so much. You don’t have to be an ace puzzle solver to contribute on a hunt. Perhaps you can take on the role of Energize Bunny, providing pep for your team. Perhaps you’re great at leadership, keeping everyone on the same page. Or perhaps you’re skilled at organizing all the paperwork. There are always plenty of key functional and non-functional roles for treasure hunters to take on as a way of assisting their team.

8) To succeed on a scavenger hunt, you don’t need to be in good shape.
Okay, sure,it helps if you can walk quickly on a hunt. On the other hand, the most successful teams employ brain over brawn. They solve the clues efficiently, delegating the right clue to the right person. They plan out their route carefully, avoiding excessive backtracking. It’s more important to be smart than to be fast!

9) Scavenger hunts are not just for kids; they’re for adults, too.
Our hunts cater to smart, successful professional adults, who like to think (and walk)…who thrive on problem solving and lateral thinking. An elegant clue for adults is a thing of beauty; it synchronizes the clue type with the final clue location. So a clue leading to a military monument might employ the Military Alphabet (Alpha, Tango, Bravo, etc.) A clue leading to a laboratory might be written using the Periodic Table of the Elements. You get the idea. Kids love scavenger hunts, but so do adults!

Listen in as Dr. Clue Founder and President, Dave Blum, debunks a few more myths about what a scavenger hunt is (and isn’t): 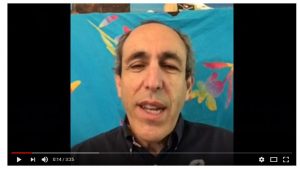