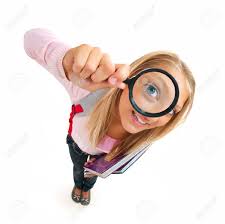 Scavenger hunts have been around since the dawn of human civilization.  One might argue that Homer’s Odyssey was just a big treasure hunt, as was Jason’s search for the Golden Fleece and the Arthurian Knight’s quest for the Holy Grail.  (Not to mention Monty Python’s quest for the same object).

So yes, scavenger hunts have been around for a while, continuing to delight audiences today with their combination of intrigue, adventure, and brain-stimulating clues.    Hunts are also a great activity for corporate teambuilding, as they allow people to get to know each other while learning relevant business skills.

Putting together a great teambuilding scavenger hunt is an art.   Below please find my 10 top ten tips for knocking your next hunt out of the park.

Scout your area effectively:    Every great hunt starts with a great hunt location.  That location can be anything—a neighborhood, park, zoo, or museum. It can even be your workplace or convention center.   Whatever the site, your job as a scout is to walk every inch of the joint, poking your head into every alley, every shop, every restaurant, every tavern – in search of what I call the “blue chip clue locations”.   I definitely lean towards public art and historical signage, clue sites that highlight the “treasures” of the community.   But I’ve also been known to write clues to juke boxes, celebrity photos on pizza shop walls, and old faded advertisements on red-brick walls.  Whatever strikes your fancy!

Playtest, playtest, playtest:  After you’ve sleuthed out your clue locations, you need to write a series of very precise messages that will lead hunt participants to each site.    For example, is that mural down low near the sidewalk or up high near the top of the wall.   Is it closer to this cross street or that cross street, or somewhere in between?   You get the idea.  After you’ve written each of your direction statements as unambiguously as possible, have someone “walk the clues”!  That means, get a playtester or two to follow your directions to each location, providing feedback regarding clarity and accuracy.  Strangely enough, for example, I sometimes say right when I meant left.  A good playtester will catch that!

Scavenger Hunt or Treasure Hunt?:  It’s worth noting that what I’m talking about above is really a “treasure hunt”, rather than a “scavenger hunt”.   A scavenger hunt is merely a list of places to visit, or objects to acquire.  A treasure hunt, by contrast, involves the solving of tricky clues that lead to specific locations.   Scavenger hunts can be fun; they’re certainly easier to construct than treasure hunts, and in fact, they do require quite a bit of scouting.    It’s your choice whether you want to go with a scavenger hunt list or, as I’m describing in this article, a site-specific, puzzle-based clue hunt.

Sequential or non-sequential?:   In a classic sequential treasure hunt, clue one leads to clue 2, which leads to clue 3, and so on, all the way to a final location. In other words, it’s “sequential”.  The only problem is that people WILL follow each other.   By contrast, in a non-sequential hunt, you get all the clues up front. Each clue stands alone and is worth points. The team with the most points wins, solving the clues in whatever order they choose.  I tend to recommend the non-sequential model, although a sequential hunt can be fun as well.  Your choice!

Choose your start and end points:    Piggy-backing on my last point, a sequential hunt definitely has a starting point and a final location.   The first team to reach final site is named the winner.    Conversely, in a non-sequential hunt, you get to designate the starting and endling location upfront; there’s no “great reveal”.  It’s all about the points.   Wherever you choose, make sure there’s a public restroom and water.  Treasure hunting is thirsty work!

Gather your materials:   As much as you tell hunt participants in advance to “come prepared”, they rarely do.   Nine times out of ten, people just show up empty-handed and say, “I’m here, what do I do now?”    That means that, at the least, you should always provide participants with writing implements and scratch paper.  I like to also give teams a clipboard to write on as well.    If you’re creating clues in code, you may want to provide decoding sheets so people don’t have to scour the internet to find them. But as hunt master, that’s all up to you.    You may also want to supply bottled water and grab-and-go snacks.   Beer and wine (for adult audiences only!) is probably better left for the end!   Thinking, drinking and walking (or driving) don’t mix!

Determine the rules:    Unless you want a free-for-all, you better create some rules for your hunt.    At Dr. Clue, we lean towarsd walking hunts.  So rule #1 is:  No motorized transportation allowed.     In fact, driving hunts can be a ton of fun!  The point is to provide a level playing field, with a clear expectation around the parameters.  Other rules to consider might include:   Can team members split up or must they stay together?    Can participants consult the internet? (I say yes!)   And what’s the time limit?     We tend to impose a penalty of 2 minus points for every minute a team is late. This does get people back on time!

Craft your puzzle clues:   The quality of your hunt clues is always where the rubber meets the road!    You can, of course, simply rely on word play. Say, for example, you want folks to go into a Longs Drug Store.  You might write, “Head into the shop that is the opposite of short”, or even “Head to the place that actor Justin might shop.”  (Justin Long).  You get the idea.  For my money, though, a great teambuilding scavenger hunt or treasure hunt needs to have puzzles.   I’m talking word puzzles, picture puzzles and logic puzzles.   When you solve each puzzle, it delivers a secret message that leads to your clue location.    Word searches are always great, as a starter.  Don’t be afraid to use examples from your culture. I’ve written puzzles using a scrabble board.  I’ve referenced the game of Monopoly, and also Boggle.   (Yes, I do love board games!)  There are lots of puzzle books out there for inspiration.

Deploy your code clues:  What would be a hunt without some code clues!    Morse Code is a classic, of course, as is Braille.   I also like semaphore, sign language and Marine Signal flags.  You can try a Caesar Shift.   Or why not create your own code. The sky’s the limit.

To Tech or Not to Tech?:  Everything I’ve discussed so far has been related to non-tech treasure hunts.   There is something classic and elegant about taking a pen to paper and decoding a clue.   Nevertheless, we live in the modern age, and treasure hunt smart phone aps are definitely a thing.    In my opinion, hunt apps can be a great tool, but they should never entirely replace good-old-fashioned paper-based clues.   After all, how elaborate can a puzzle be on the small screen of a smart phone?!!    On the other hand, smart phone apps can enhance a hunt dramatically, offering a live leader board, a live feed, augmented reality functionality, GPS and more.   At Dr. Clue, we like to provide paper clues AND a smart phone app, with the phone used primarily to manage your photos and videos.  It’s entirely up to you, of course.  Let the demographic of your hunt participants be your guide.

Are you ready now to create your next teambuilding scavenger hunt or treasure hunt?    Let me know if you have any questions, at 415-699-3905 or dave@drclue.com.   The hunt is on!

Click on the image below to hear more thoughts about hunt creation from Dr. Clue Founder and President, Dave Blum: