Trust Report Card:  Who is More Trustworthy, Trump or Biden? 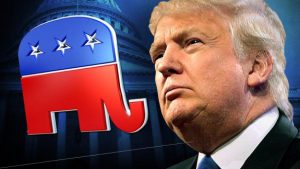 Four years ago, after watching their acceptance speeches at the Republican and Democratic National Conventions, I gave both Donald Trump and Hillary Clinton a “Trust Report Card” respectively.  You can read each of those articles here:

I based their grades on the following 5 trust criteria (with thanks to Hyler Bracey’s “Building Trust” and Charles Feltman’s “The Thin Book of Trust”):

Here’s a quick review of the 5 criteria, as follows:

1) Talent/Competence is about having the ability to do what you propose to do.   A talented and competent person has the capacity, skill, knowledge and resources to do a task.   Competency doesn’t mean perfection; in fact, it sometimes means that you know what you don’t know, you’re willing to learn, and you unafraid to ask for help.

2) Reliability is about meeting commitments. A reliable person keeps their promises.  When asked to do something, they respond with either 1) Yes, I’ll do it.  2) No, I can’t do it.  3) I can’t do X but I can do Y.  4) I need to check on something before I can commit (and then they actually get back to you!).   In other words, a reliable person resists the urge to make promises unless they know there’s a good chance they can actually keep them.

3) Understanding/Caring is about having another person’s interests in mind as well as your own when making decisions or taking action.  It’s about listening to what’s important to people, finding common interests, and letting them know you understand how your actions and decisions might affect them.

4) Sincerity is about honesty; it’s about telling the truth as you see it.   A sincere person says what they mean and means what they say.   When they express an opinion, it’s valid, useful and backed up by sound thinking and evidence.    When you’re truly sincere, your actions align with your words.  Internally, you check in with yourself regularly to make sure you actually believe what you’re saying.  Externally, you’re honest and straightforward to others. Perhaps most importantly, you’re consistent over time, from one person to the next.


5) Transparency is about being open, easily readable and vulnerable.  After all, who can trust a person who always keeps a poker face, their cards held closely to their chest?  A transparent person shares their emotional state; they share what they’re thinking and feeling. Most importantly, they share their own worries and fears.

Let’s see how Trump and Biden rate on all five of the 5 trust criteria, here in 2020:

Trump: Four years ago, Trump claimed that his “transferable skills” as a successful businessman would serve him well as the leader of the free world.  Sadly, his actual accomplishments have been spotty at best.  Although some might claim that he did a good job on the economy (pre-pandemic), one might also argue that he merely kept a strong economy (that he inherited from Obama) going. His failures to stand up to Putin, and to respond to the moment when it comes to Black Lives Matter and Covid-19 give him a dismal rating on the competence scale. Grade: D

Biden:  Elected to the Senate in 1972, Biden was re-elected 6 times before assuming the vice presidency in 2009. He was chairman of various committees, including the Foreign Relations Committee and the Senate Judiciary Committee. As VP, he met with many of the world’s leaders and helped formulate U.S. policy toward Iraq.  Although he has never been President, his fifty years of public service experience in Washington give him a strong edge over the incumbent.  The main question marks are his age (77), combined with his not-infrequent verbal gaffes. Grade B+

Trump: During his acceptance speech, Trump made a LOT of promises, a trend that has continued throughout his presidency.  According to an AP article, Trump has kept some of his promises and broken many others. For example, Trump followed through on promises to cut regulations and renegotiate trade deals. He pushed through a huge tax cut (mostly benefitting the rich).   Although he hasn’t fully built his border wall (and no—Mexico has not paid for it), Trump has certainly kept his promise of cracking down on immigration in numerable (some might say inhumane) ways.  As for his pledge to “reduce our $18 trillion in debt” – uh, not so much.  The national debt had risen to $23 trillion before the pandemic. He also promised to expand the economy by 4% per year (actually, it was closer to 2.3% in 2019) and to repeal Obamacare (didn’t happen).  According to a Washington Post report, Trump has broken about 43 percent of 60 key promises — and kept about 35 percent. He settled for a compromise on 12 percent.   Grade: C

Biden:  As a career politician of many years standing, Biden has kept some promises and failed to keep others. A mainstream liberal Democrat, his stance on policy is solidly middle of the road, without Trump’s grandiloquence.  He *has* promised a “duty to care,”, which seems reasonable given the personal suffering and loss he’s undergone in his life. His other main promise – “a return to normalcy” seems like a promise he can reasonably keep, given the craziness out there.  That he knows what he can and can’t do, and doesn’t over-promise, gives Biden high marks for reliability.   Grade A-

Trump: If there’s one person Donald Trump expresses care about, it’s Donald J. Trump.  Caring about other people?  Uh, no.  His frequent racist and misogynist statements—the name calling, the belittling, the internet bullying… let’s just say understanding and caring are not “his thing”.  Case in point: Trump’s reaction to 16-year-old Great Thunberg winning Person of the Year: “Greta must work on her Anger Management problem.”   Enough said.   Grade F

Biden:  Endorser after endorser, from Elizabeth Warren to Barack Obama, have cited Biden’s ability to connect with what someone else is feeling, a characteristic that they feel qualifies him to lead the country, particularly during a time of crisis.  In short, Biden cares.  He has easy access to his empathy.  Noted Biden during a town hall: “Have you heard him (Trump) offer anything that approaches a sincere expression of empathy for the people who are hurting?”  Say what you will about Biden “toughness”, he wins the Understanding/Caring category, hands down.  Grade A

Trump: Sincerity boils down to two things: honesty and consistency.   In some ways, Trump has been remarkably consistent – in his overall nastiness.  He has been unwavering in his attacks on identified enemies;  whether it’s Antifa, the Caravan, Democrats, Muslims, or Greta Thunberg, the Donald has consistently blamed others for his own failings. Does he believe what he says?  Hard to say. TV ratings seem to matter more to Trump than personal convictions.  According to a Washington Post article, Trump has made 19,127 false or misleading claims in 1,226 days. Grade: D

Biden:  Depending on your political persuasion, Biden is either a lying cheat who covered up for his son, Hunter, in Ukraine.  OR, he’s kind old Grandpa Joe from Delaware, a straight-shooter who tells it like it is.  The chances are he’s somewhere in between. You don’t survive in Washington for 50 years without breaking a few eggs.   Overall, though, his lie-count is relatively low on the politician meter and he seems to have true convictions.   Grade B+

Trump: There are two parts to transparency:  1) sharing what you’re thinking and feeling. 2) sharing your own worries and fears.  In the first part, Trump has it in spades.   He is completely unfiltered when it comes to some of most base emotions:  anger, contempt, and derision.   Trump’s challenge arises when talking about his own flaws and insecurities.  It’s difficult to trust someone who plays the tough guy 24/7, never admitting he’s wrong, never admitting he’s scared, never admitting he’s human.   Grade:   C-

Biden:  If the Democratic debates were any sign, Biden appears to wear his emotions on his sleeve, for better and for worse.  He can be warm and caring; he can be baited into explosions of anger and defensiveness.   A calm, cool Clint Eastwood-type action hero he’s not.   To his credit, Biden has admitted his mistakes consistently and often.  He openly admitted, for example, that he was wrong about voting for the Iraq War.  It’s hard to imagine Trump admitting a mistake like that—or about anything.     Grade A

Summarizing the grades above, Trump’s overall trust level is about a D+.   By contrast, Biden gets an A-. Is Biden everything that I might want in President?  Certainly not.   Although I find him trustworthy overall, he’s certainly older than I would prefer.   He mangles the English language on a regular basis. His politics are perhaps more centrist and conservative than the country needs at this time of multiple crises.   But compared to Trump, Biden is definitely the adult in the room.  I trust Joe Biden’s talent, competence, reliability, understanding, caring, transparency and vulnerability sufficiently to give him my vote in November.  And you?