A great place to hold a corporate team building scavenger hunt in Tokyo. 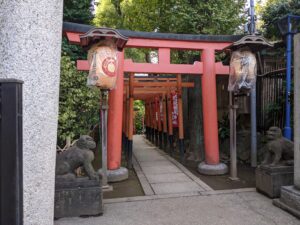 Location History: Ueno Park occupies land once belonging to Kan’ei-ji temple, destroyed in the Battle of Ueno in 1868 during the Boshin War, when the forces of the Tokugawa shogunate were defeated by those aiming at the restoration of imperial rule. Various proposals were put forward for the use of the site as a medical school or hospital, but Dutch doctor Bauduin urged instead that the area be turned into a park. In 1924, in honour of the marriage of Hirohito, Ueno Park was presented to the city by Emperor Taishō, receiving the official name that lasts to this day of Ueno Onshi Kōen (上野恩賜公園), lit. “Ueno Imperial Gift Park”.

During your corporate teambuilding treasure hunt… expect to encounter: a frog fountain, a panda cafe, a giant Buddha, a three-tiered pagoda, an enormous whale and much, much more.

Gather in the park, outside the art museum